If you missed it, read: Part 1- The Getting There

We had settled into a modest land camp at the southern tip of the island. Six ocean front rooms with flower pattern mosquitos nets, a disproportionally spacious bathroom with a tiny sink, a shower with the water debit of someone spitting on your head, a total absence of mirror, and electricity available only a few hours per evening — believe me, you really wanted to fall asleep before the generator and therefore the electric fan would go off…

The common area was a big wooden deck, with a large white table and a few plastic chairs. The set up was simple, but it was all we needed. We had a front row view on the best and only TV program: A mystic wave breaking endlessly into bright turquoise water, white sand and palm trees over palm trees. Lance’s Right.

We were also being fed 3 meals a day; eggs, rice, potatoes, pasta, carrots and cabbage done about eight different ways. A beautiful declination of carbs over carbs. Not that it wasn’t good, but let’s say we were craving a bit of variation here and there… We would comfort each other with cups of sweet AF instant cappuccinos and Beng-Bengs (local chocolate bars), the only threats findable on the land. Some day we would be lucky and a one-toothed local man that looked almost blind would come around with a few papayas, a small tree of bananas and young coconuts. Damn, it felt like Christmas !— Except that Santa Claus was a little less inviting than what we’re used too… (we didn’t exactly feel like sitting on its knees)

We couldn’t stop thinking that we had landed into The Beach. Life was simple; What were the tides? What was the swell forecast ? We didn’t really know nor care. When the surf was good, we were in the water, when the tide was low we waited for it to come back up. That was it. When all the fam’ was out in the water at the same time, we would just cheer for each other. In the meantime we would sit back and relax, or go source a few eatable goods. A good amount of day time was also dedicated to collectively treat our 287329 injuries and cuts that we would proudly show to everybody like if they were hunting trophies. It almost became a daily ritual.

Most importantly, we had found our tribe here at the camp, built our alternative community. There was a handful of us long-stayers, and the essence of what had brought us here was the same. Plans of ever leaving this place were vague, we kind of all had forgotten the notion of time or days. The existence of a modern society also felt extremely far away. We were sinking into a complete differently rhythm of life and we would often get amazed by the quality of our days in paradise. The internet connection was almost inexistent; we could sometimes manage to rob a few minutes of connectivity on the neighbours Wi-Fi, by sitting in the very corner of the balcony, as close as possible to the wall separating us from them. And this was exactly the thing; no connection is what creates the best connections…

There was Will aka Ricky aka Soul-Arch-from-South Africa-coming-at-ya. This hilarious character with blond nipple-long hair, a bottomless bag of conversation material, the funkiest accent & words’ spin, and a rastaman soul. Ricky was also the nurse of the tribe, cuz he held that special South African remedy, called ‘the Spice’ amongst us, to be applied very carefully onto reef cuts. It would sting and burn like a b*tch, but then you would be handed a Beng-Beng for your courage. 😀

There was MACCA —his name needs to be written in caps lock ‘cuz in real life we would always pronounce it with great enthusiasm. He was the older of us but the youngest at heart. The vibe of a 12 years old boy on a endless sugar rush, stoked on absolutely everything from awakening to bedtime. A fucking good Australian bloke, a facilitator with a honeycomb heart and legendary dance moves !!!

There was Josh, the Australian party/pretty boy. A talented surfer with bright blue eyes and a general ‘not so much fuck given’ kinda look. Man enough to get barreled all day than come back to camp, log wood, make a fire, cook a pig, open coconuts with a machete, smoke too many Indo ciggies, drink too many Bintangs beers and loudly roar with laughter until dawn… in pijama-like pants.

He wasn’t fully living with us, but Big Mike would come around often. Beyond all the knowledge he had from the Island, and the fact that he almost owned a part of this mystic wave, what was captivating about Mike was that he was a proper gold digger ! Like, for real… : he had made its money by finding gold in the Australian outback and we were overly curious about his stories and unconventional career.

Last but not least, there was Shannon, that genuine Australian girl with a heart of gold. She was the one managing the place. She had fallen for a local man 5 years ago and they now have the sweetest baby girl. Total ripper, it was so good to see her out there in the surf, sitting deep and charging, definitely making us want to push our own boundaries.

We were surrounded by people with the nicest vibe, FREAKIN’ LEGENDS chasing the dream and collectively making this place memorable.

The idea first came to the table after a few Bintangs had been ingested. We only had the luxury of eating chicken something like once every 4 days and the boys desperately needed meat.  That’s when Big Mike told us there was a way to get a full pig, make a homemade barbecue on the beach and roast it ourselves… Our inner homo sapiens sapiens awoken and in the following days, for one time in world’s history, a drunken plan materialized.

Ari & Eri said they would get the veggies and prep the side meals, while the guys split the other tasks. We were 100% ok with the idea of keeping the division of the roles traditional and be the gatherers, leaving the boys be the hunters.

The dudes freakin’ nailed it! We ended up being super impressed by their organization of, in between a few surf sesh, get the pig, build the barbecue, chop and wheel-barrel wood from the point of the island and shovel burning ashes into the homemade barbecue under the midday sun.

The whole thing was a big success. When it was finally time to eat the damn pig, we just all found ourselves sitting on the ground around the animal laid onto banana tree leafs, pulling pieces straight with our hands, liking our fingers and face. It was prehistoric and fucking delicious.

The boys doing it right !

Fully recharged, we were more than ready to catch big mama waves the following days !!!

IF YOU’VE MISSED IT: Part 1- The Getting There 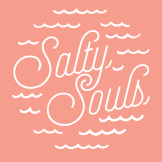