Why Do I Keep Running After the Wrong Guys ?

Has it ever happened to you: a guy enters the room, and the moment you see him your jaw almost drops open. You’re like: Who the frick is this???

His charisma, look and status is intimidating. But he’s challenging. And challenge is exciting.

Since a girl normally knows how to get what she wants, the time comes when you finally start hanging with that guy. You’re still pinching yourself a little bit.

But quite rapidly, normally after like one or two real conversations, you start to feel like maybe he’s not a good guy for you. Or perhaps just not a good guy, period.

But you’re a little hooked at this point. You already have a fantasy in your head of how it’s going to go… Like you SO want this to work, ‘cause from the outside, he is exactly your future husband type.

Deep down you can already see that the reality is deviating from that fantasy. It’s in his words, his actions, his rapidly declining interest… but instead of running for the hills you just think “that’s a minor inconvenience! But let’s push on…”

We are good at that. We are incredibly good at fooling our own self. Believing things are the way we actually wish they were, you know. We are really good at giving the runner a hell lot of chances. Thinking that somehow we will make him more caring. More open minded. More gentle with us.

Time goes by and the relationship is evolving, but not for the best. Sometimes you don’t hear from him for quite a bit (oh, let me guess, he must be so busy, right?). And other times, it is in the way he talks to you or treats you, often leaving you feeling like you are very far from incredible. You start second guessing yourself. Maybe you are too loud? Perhaps you are too intense?  Maybe you do think too deeply or your dreams are too big. Maybe your beliefs are naive, your hobbies stupid.

And that is when you start to shrink yourself.

Making yourself smaller, quieter, dimming your own light, afraid to overwhelm or embarrass him.

You slowly let go of some hobbies, subjects or friends of yours that you know he doesn’t really dig. You change some of your habits to resemble his.

You somehow try to be… a better fit for him!

A side of you is totally aware that you’re not honouring yourself, that this whole thing is toxic. But still, you keep going back to him. You keep running after him. Still.

Despite all these little moments where you had to keep your sh*t together because what he said, did, or did not do, made you frown, faded your smile or felt like a punch in the heart.

Why? Because you see his potential. You see how amazing he could be. You envision a better version of himself and you believe you can help him get there.

And above all that, there is something about his look, his smell, his taste, and the way he touches you that is calling your body back like a magnet. He’s got an indescribable power over your senses. If you could just find a way to bottle that, possess that, then all the other stuff he made you endure would be worth it.

“We love certain people like addictions – and though we may be sober now, we will never be clean.” – Bianca Sparacino

To admit to ourselves that we’re letting ourselves down would be too confronting. So what do we do instead? We compartmentalize. We decide that even though it might look like we are letting ourselves be treated poorly, we are actually letting it happen to a VERSION that looks like us and talks like us, but isn’t us. You know, because the real us would never, ever, put up with having our heart, pride and feelings slapped around like monkey-meat. We’re just putting up with it for now because deep down we know there’s a gem of a guy buried under there, and we just need to wade through all the mud to get there. To get the prize! Then it will be fine. We’ve played the fantasy in our heads, okay! We know how it goes!

Well, here’s the thing. As Lena Dunham put it: “When someone shows you how little you mean to them and you keep coming back for more, before you know it you start to mean less to yourself. You are not made up of compartments! You are one whole person! What gets said to you gets said to all of you, ditto what gets done.

Being treated like shit is not an amusing game or a transgressive intellectual experiment. It’s something you accept, condone, and learn to believe you deserve.”

Here are some things we need to ask ourselves:

For some reason when picking our lovers we’ll sometimes overlook the absence of what should be some basic, non-negotiable traits. We’re too busy chasing bolder, flashier traits that blow up our dopamine receptors and give us that instant high. We want worldliness! Talent! Intelligence! Charisma! We want them to be hot as hell and exude sexuality!

Damn, girl. Before even considering all of that, did you first check to see if he was kind?

If he showed respect towards you and your feelings?

By ‘kind’, I don’t mean ‘nice.’ ‘Nice’ is the pushover male friend who always came and got us from the city at ungodly hours of the morning during our phase of nightclubs, alcohol and antics. ‘Nice’ is the guy we have zero chemistry with but feel like we should grab a coffee with to ‘give the nice guys a chance for once.’

No, kind is different. Kindness, true kindness, is powerful and electrifying and sexy as hell. Kindness is him remembering bits and pieces you tell him about yourself and him bringing it up in conversation with you much later, making you realise he found the information interesting, important, enough so to keep it tucked up in his head all that time. Kindness is him having no freaking idea about the universal laws of manifestation or meditative states or yoga or why your best creative ideas come at midnight. But he understands it means something to you, so accepts and embraces your weird little kinks and quirks and anxieties.

In other words, kindness is him allowing you to come just as you are.

“As other girls prayed for handsomeness in a lover, or for wealth, or for power, or for poetry, she had prayed fervently: let him be kind.”- Anais Nin

2. Is he really good for us? Or is he good for our identity/ self-image?

When we’re single most of us start instinctively start forming lists of everything we want in our next partner, the person beside which we conquer the world. We subconsciously get templates from cute couples on Instagram, movies, couple-friends we know who can’t seem to get enough of each other, and fantasies we’ve assembled in our own head. Naturally, we want our next relationship to be out-of-this-world-awesome. And more often than not we kind of want the partner we’ve chosen to represent a bit about us too and how far we’ve come in the world, so that we can be proud to stand beside them. And so by default we mistakenly decide that this naturally means we need to snag the sexiest, smartest, hardest-to-pin down guy.

Next time you find yourself unable to shake off your fixation with someone you know is not treating you as you deserve, ask yourself just why you want them so bad? Is it because you genuinely feel some sort of deeper connection you want to pursue further? Or is it more a case of they have a body like Channing Tatum and a face like Matt Corby and you want to be that one girl who was good enough to make him say “that’s it, I’m done. You’re the one I want.”

Is it because you  like your little fantasy you’ve created and you don’t want to let it go?

Are you maybe focussing a little bit on how it all looks, or could look, or could feel, rather than how it really feels at this very moment?

3. Are you going to the hardware store for milk?

Think about this. What do they sell at the hardware store?

So it would be quite silly to keep returning to the hardware store time after time, hoping they eventually decide to stock milk, wouldn’t it?

It’s the same with our relationships. Returning to the same types of people, time and time again, who can’t emotionally give us what we need.

When people tell us who they are through their actions we need to listen to them, and accept things has they really are, not think we know better or have the power to change them.

Rarely will the hardware store start to stock milk because we were persistent enough. It will just result in the staff getting annoyed and us getting frustrated and hurt, resulting in mucho resentment between both parties.

Will all that said, I think there are no better words to conclude than: 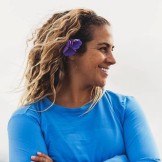